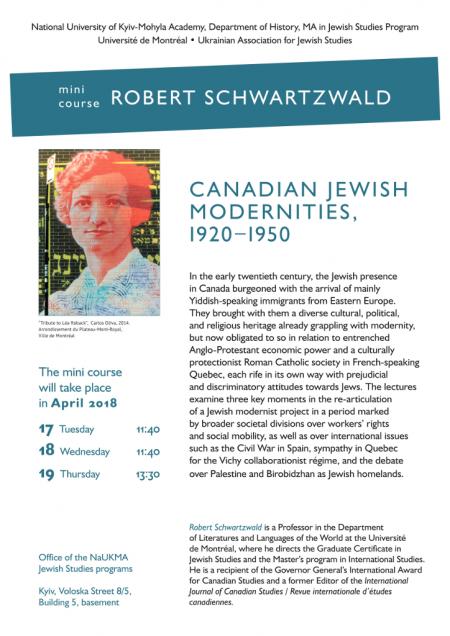 In the early twentieth century, the Jewish presence in Canada burgeoned with the arrival of mainly Yiddish-speaking immigrants from Eastern Europe. They brought with them a diverse cultural, political, and religious heritage already grappling with modernity, but now obligated to so in relation to entrenched Anglo-Protestant economic power and a culturally protectionist Roman Catholic society in French-speaking Quebec, each rife in its own way with prejudicial and discriminatory attitudes towards Jews. The lectures examine three key moments in the re-articulation of a Jewish modernist project in a period marked by broader societal divisions over workers’ rights and social mobility, as well as over international issues such as the Civil War in Spain, sympathy in Quebec for the Vichy collaborationist régime, and the debate over Palestine and Birobidzhan as Jewish homelands.

The mini course will take place in April 2018

The lectures are carried out in the framework of the cooperation between the UdeM and the NaUKMA.