Ukrainian scholars participated at the 11th Congress of the European Association for Jewish Studies (July 15–19, 2018) 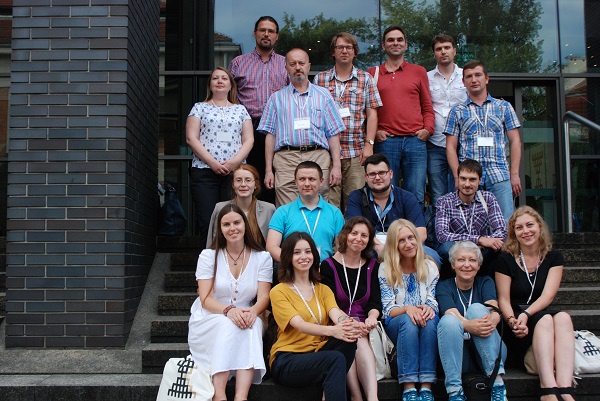 The 11th Congress of the European Association for Jewish Studies took place in Krakow on July 15–19, 2018. Among the participants of the Congress were 22 Ukrainian scholars (15 are the members of the Ukrainian Association for Jewish Studies), who represented seven institutions from Ukraine (Kyiv, Lviv, and Kharkiv) and three universities from abroad. Due to the Ukrainian Jewish Encounter’s support, three "Ukrainian" panels were organized for this Congress.

The first such panel (chair: Alti Rodal) dealt with the manuscripts and the printed heritage of the Ukrainian Jewry as a source for the study of the Jewish community and its transformation in the modern epoch. Oleksiy Khamray talked on the Harkavy collection of the Jewish manuscripts at the Judaica Department of the Vernadsky National Library of Ukraine. Iryna Serheyeva delivered a lecture on the collection of pinkasim from the same institution. Tetyana Batanova spoke on the Yiddish newspapers of Jewish political parties in Ukraine during the revolutionary period of 1917–1918. Nataliia Ryndiuk told about Yiddish periodicals for children in Soviet Ukraine in the 1920s ‒ early 1930s. Finally, Nadia Ufimtseva presented a lecture on the bookplates and marginalia as a source for the history of Jewish community in Kamianets-Podilskyi. 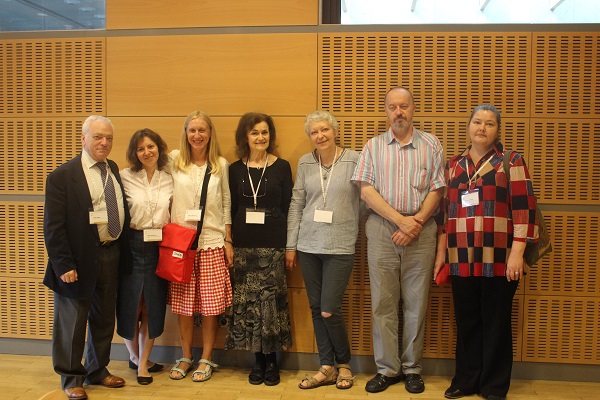 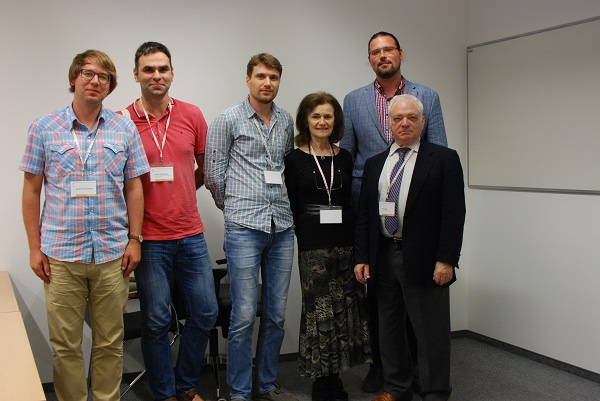 The third "Ukrainian" panel (chair: Berel Rodal) dealt with the social history of Galician Jewry from the 1880s to 1939. Vladyslava Moskalets spoke on the role of the Jewish oil industrialists in the urban development in Galicia. Maria Vovchko presented a talk on the administrative control over Jewish private synagogues in Lviv in the 1880s. Andriy Kuzmyak’s lecture was about economic tensions between Ruthenians and Jews in the Mykhailo Zubrytskyj’s writings. Illia Chedoluma told about the Rudnytsky family in the socio-cultural space in Berezhany in the early 19th century. The last presentation—on the Jewish middle class’ adaptation to the modernization in East Galicia in 1918–1939—was given by Nadia Skokova.

Several Ukrainian scholars presented their lectures at different panels. Vitaly Chernoivanenko gave a talk on the Philo’s attitude toward same-sex relations and the origins of Judaic homophobia. Tomasz M. Jankowski delivered a lecture on the Jewish mortality in Central and East Europe. Andrii Senchenko spoke on the general military conscription and the policy of selective integration towards Jews in the Russian Empire in the second half of the 19th – early 20th century. Daryna Podhornova’s presentation dealt with the employment of Jewish women in medical sphere in Kyiv in 1895–1914. Maksym Martyn told about the Judaica accessories made by Viennese artisans for Galician customers. Olga Yamkova talked on the Jewish national autonomy in Ukraine according to the estimates by Solomon Goldelman.

The photographs from the Congress can be found in the album on the UAJS’ Facebook page.