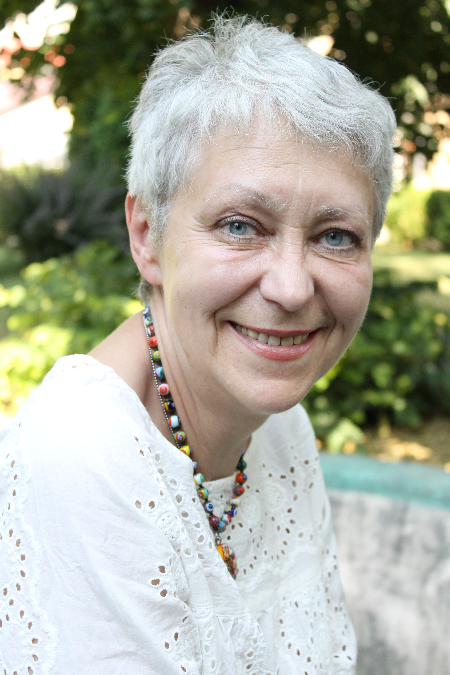 The Ukrainian Association for Jewish Studies announces with great sorrow that Iryna Serheyeva passed away on the 26th of October, 2019. Iryna Serheyeva was a well-known Ukrainian researcher of history and culture of East European Jewry, a member of the UAJS executive committee, director of the Department of Judaica at the Vernadsky National Library of Ukraine, and a professor at the NaUKMA’s Interdisciplinary Certificate Program in Jewish Studies, and Master Program in Jewish Studies since their establishment.

Prof. Serheyeva was born in Kyiv in 1958. In 1982, she graduated from Taras Shevchenko Kyiv National University, Faculty of History, degree in History and Archeology. From 1975 to 1983, the researcher was working at the Institute of Archaeology (National Academy of Science of the Ukrainian SSR). In 1986, she started her long-standing work at the Vernadsky National Library of Ukraine, where in 1990 she became director of the Department of Judaica, which now includes one of the world’s biggest collections of Jewish manuscripts and books. In 1998, Iryna Serheyeva defended her PhD thesis on the topic "Arkheohrafichnyi opys ievreis'kykh dekorovanykh rukopysiv 18 – pershoii polovyny 20 st." ("Archeographic Description of the Illuminated Jewish Manuscripts of the 18 – First Half of the 20 cc").

Iryna Serheyeva was one of the few people who stood at the origins of academic Jewish Studies in independent Ukraine. From 1994 to 2000, she was teaching at the International Solomon University in Kyiv. In 2003, she started lecturing at the Interdisciplinary Certificate Program in Jewish Studies at the National University of Kyiv-Mohyla Academy, and, in 2012, joined the faculty of the Master Program in Jewish Studies at the same university. For many years, Prof. Serheyeva was giving her authored course “Material Culture of the Jews in Eastern Europe”, taking part in ethnographic and epigraphic expeditions in Ukraine and abroad.

The researcher was teaching at summer schools organized by the Sefer Center for University Teaching of Jewish Civilization (Moscow), as well as schools at the University of Warsaw and the Central European University. She participated in the World Congress of Jewish Studies, the Congress of the European Association for Jewish Studies, and numerous Jewish Studies conferences. She was an author of two monographs: Al’bom ievrejskoj khudozhestvennoj stariny Semena An-skogo / The Jewish Artistic Heritage Album by Semyon An-sky, co-authored with Alexander Kantsedikas (Moscow: Mosty kul’tury, 2001, 334 p.) and Arkhivna spadshchyna Semena An-s’koho u fondakh Natsional’noii biblioteky Ukraiiny imeni V. I Vernads’koho / Archival Heritage of Semen An’sky in the Collections of the Vernadsky National Library of Ukraine (Kyiv: Dukh i Litera, 2006, 544 p.), and of many articles.

We express our condolences to family and friends of Iryna Serheyeva on behalf of all UAJS members among which are her students, and colleagues of many years.