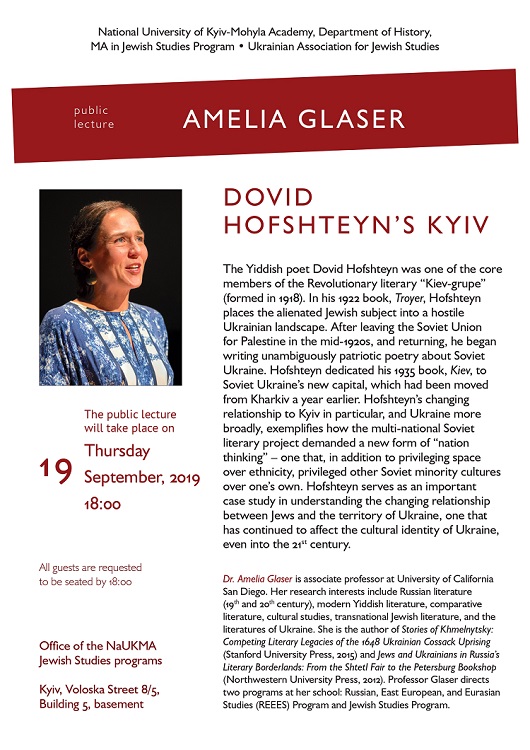 The Yiddish poet Dovid Hofshteyn was one of the core members of the Revolutionary literary “Kiev-grupe” (formed in 1918). In his 1922 book, Troyer, Hofshteyn places the alienated Jewish subject into a hostile Ukrainian landscape. After leaving the Soviet Union for Palestine in the mid-1920s, and returning, he began writing unambiguously patriotic poetry about Soviet Ukraine. Hofshteyn dedicated his 1935 book, Kiev, to Soviet Ukraine’s new capital, which had been moved from Kharkiv a year earlier. Hofshteyn’s changing relationship to Kyiv in particular, and Ukraine more broadly, exemplifies how the multi-national Soviet literary project demanded a new form of “nation thinking” – one that, in addition to privileging space over ethnicity, privileged other Soviet minority cultures over one’s own. Hofshteyn serves as an important case study in understanding the changing relationship between Jews and the territory of Ukraine, one that has continued to affect the cultural identity of Ukraine, even into the 21st century.