Call for Papers. “Revealing of Secrets”: Hasidism and Haskalah in the Ukrainian Lands (August 31 – September 1, 2021, Lviv) 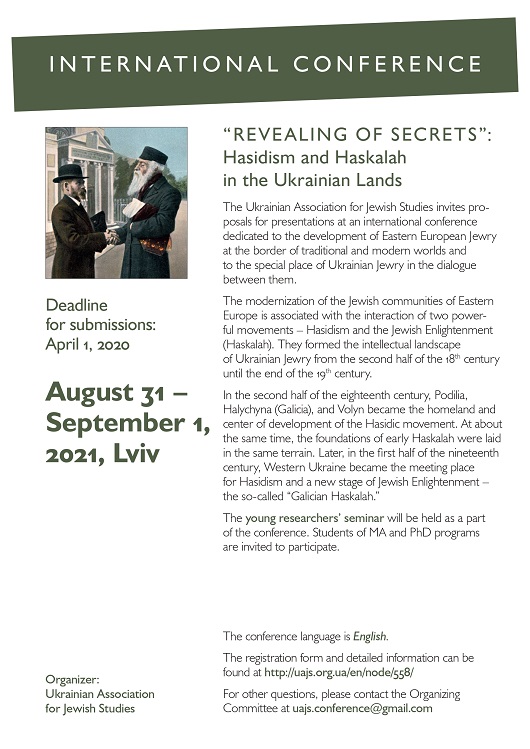 In the second half of the eighteenth century, Podilia, Halychyna (Galicia), and Volyn became the homeland and center of development of the Hasidic movement. At about the same time, the foundations of early Haskalah were laid in the same terrain. The names of Menachem Mendel Lefin of Sataniv, Israel of Zamosc, Solomon Dubno, Pinchas Ha-Levi Horowitz, and others were closely linked to Ukraine. Later, in the first half of the nineteenth century, Western Ukraine became the meeting place for Hasidism and a new stage of Jewish Enlightenment – the so-called “Galician Haskalah.”

Furthermore, a young researchers’ seminar will be held as a part of the conference. Students of MA and PhD programs are invited to participate. Both completed works and ongoing research projects can be presented and discussed during this seminar.

Keynote speakers will be announced shortly.